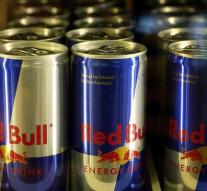 menen - A spectacular theft in the Flemish Menen. There are still unknown thieves for more than 950,000 euros in cans of Red Bull stolen from and storage.

The thieves took twelve hours to get the more than 300 pallets with cans from the shed. According to local police, 11 trucks would be needed to transport that amount. This is how the AD reports.

The thieves removed the pallets with forklifts from the shed and went to work very professionally. For example, they did not steal lorries but they had taken care of their own transport, they wore balaclavas and they succeeded in bypassing the camera system.

There is no trace of the perpetrators.