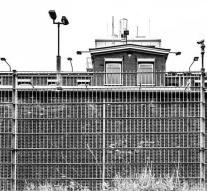 magnitogorsk - An 18-year-old boy has a girl he met, raped and murdered through social media. He chopped her body into pieces with an ax and threw it away through the Russian city of Magnitogorsk.

The 18-year-old Vladimir Sharov came into contact with the 16-year-old Maria Konnova through social media. During one of their dates Vladimir raped the girl, after which she threatened to report him to the police. This is how Mirror reports.

To prevent this, he decided to kill Maria. He tied her down, strangled her, chopped her body into pieces, divided her body parts into plastic bags and threw them apart.

The body parts were only found a week later. The body of Maria was so badly hurt that the police could only identify her by means of DNA research.

Neighbors say they heard a girl screaming, but did not go to the police.

When the 18-year-old perpetrator appeared on the radar of the police, he made an attempt to come out under the charge by pretending to lie sick in bed that day. In the meantime he has been sentenced to a prison sentence of fourteen years.

During the trial it became clear that Vladimir had previously raped a girl.