Home / World / Hackers China does not abide by agreement ' 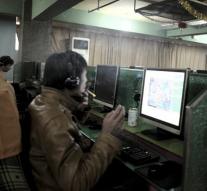 - Chinese hackers, supported by the government , have in recent months been trying yet again to break to US companies. Reported that the US security Crowd Strike Inc. Monday . In late September locks President Barack Obama and his Chinese counterpart Xi Jinping another agreement in which they promised to " never knowingly support hacking ."

According Crowd Strike, the hackers tried to break in five technology and two pharmaceutical companies in the United States.

The Chinese did not succeed in their purpose, because by Crowd Strike installed software signaled and stopped the attempts on time.