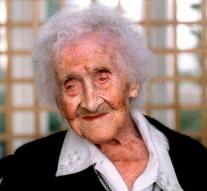 london - People are getting older. By 2030 life expectancy will pass the 90-year limit. So the girls will be born in 2030, leading South Korea are on average almost 91 years. Girls from France, Japan and Spain pick up the 90 just is not.

Says a study in the medical journal The Lancet. Such a life was once considered almost impossible, but the researchers believe that the end of the increase is not yet in sight.

South Korea also has the highest life expectancy in men. A boy that is born in 2030 could be 84. Life expectancy is rising not only for babies but also for adults. A South Korean woman who celebrates her 65th birthday in 2030, and thus was born in 1965 and currently average 27.5 years ahead.

That South Koreans are so old is because of their good way of life: low blood pressure, low smoke, good health care and good nutrition for children.

The United States in 2030 will have the lowest life expectancy in rich countries. The researchers attributed the high murder rates, excessive obesity, high infant mortality, and poor access to healthcare.

The study also shows that women are older than men, but the gap is narrowing. 'Men used to live less healthy and therefore had a lower life expectancy. They smoked and drank more, had more traffic accidents and were killed frequently. The lives of men and women look more and more equal and therefore their life expectancies, 'said the researchers.