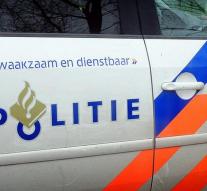 - Police and justice will be allowed to hack personal computers, mobile phones or a server in investigations into serious crimes. They can make inaccessible data or duplication, but also communication bleeding or observe. This is stated in the bill Computer Crime III state secretary Klaas Dijkhof Tuesday sent to parliament.


The police can only hack into computers in a serious crime. The disabling or copying of data is allowed to offenses with a prison sentence of eight years or more, such as human beings or participation in a terrorist organization. The stringent conditions are inserted into the bill on the advice of the Council of State with a view to the protection of privacy.
There will also be a list of minor offenses where the police can still sniff online in computers, for example, to put an end to grooming. The same applies to disabling access to child pornographic material on the internet. Even when controlling a botnet police may penetrate a server, for example if banks are beset by a DDOS attack.
NEW