Home / World / Russians and Americans practicing together in Syria 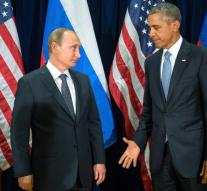 moscow - The Russian and US Air Force on Tuesday conducted a joint exercise in Syria. Russian media reported that, based on statements by a Russian general.

The Interfax news agency also reported that Russia while Israel continuously keep it informed on the situation in the Syrian airspace. The agency quoted General Andrei Kartapolov.