Home / World / "Cameron should talk with Xi on dissidents ' 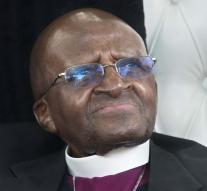 london - British Prime Minister David Cameron must during the visit of Chinese President Xi Jinping in London this week openly urging him to release Nobel laureate Liu Xiaobo and his wife Liu Xia . To that end call other twelve Nobel prize-winners , led by South African Archbishop Desmond Tutu him.

According to the American group Freedom Now the winners have Cameron on September 2 written a letter. " We believe that unless someone like you take acute action, both in public and in private, China will continue to believe that impunity can continue without consequences for his behavior ", in the letter which Freedom Now published.

The Nobel laureates had also made such appeal to Barack Obama before Xi went to Washington. The US president, however, the issue is not discussed in public with Xi. The 59-year-old Chinese dissident Liu Xiaobo received the 2010 Nobel Peace Prize for his struggle for human rights and democracy.

He was therefore correct in 2009 was sentenced to eleven years in prison for "subversion of the state". China also responded furiously to the award of the Nobel Prize and threatened sanctions against Norway, the host country of the jury for the peace prize.

Liu Xia has practically under house arrest. According to government funds for its no legal restrictions, but the Nobel Prize winners say her permanent residence is guarded by police and that she has no freedom of movement.