Home / Tech / Self moving in 3D video with new technique 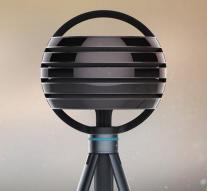 - The world of virtual reality movies is again a step more 'real'. Through a new technique allows viewers to move in a 3D video, which moves the camera position with the viewer.

Immerge The technique was developed by the company Lytro. A special 360-degree camera will shoot, which after using the software to add different viewing angles. For this, the software analyzes the light and how it would be from different angles.

In practice, this means that the viewer can move about a meter in all directions, and the area so that he can view from a slightly different angle. The new technique is described as "revolutionary".

The technique is explained in a video on the site of Lytro. We see a man who builds a boat. Immerge The system makes it possible for the viewer, as it were step forward and looks just as in the interior of the boat.

Immerge is aimed at professional users. The videos are created with it can be viewed with all common brands headsets for virtual reality videos, including the Oculus Rift.