Home / World / Robot as smart as a toddler 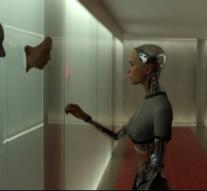 cambridge - A group of scientists has developed a machine that is as intelligent as a child of four . According to scientists, it is only a matter of time before the artificial brain is smarter than man.

The project of the researchers associated with the Massachusetts Institute of Technology, called "ConceptNet 4. the system, which aims to make computers smarter by allowing them to understand things from the real world, was recently subjected to an IQ test . And guess what? The score is equivalent to that of a 4 - year-old child. During the test questions were asked such as: What is a house ? Or : Where penguins live ? The more questions were answered correctly, the smarter the machine.