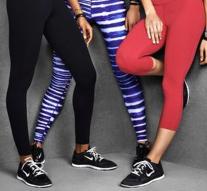 - Sporting goods manufacturer Nike has broken the law by users of its running app to inform sufficiently about the processing of sensitive health data. According to the Dutch Data Protection Authority (CBP) it comes to data such as weight, height and how often and intensive sports people.

For the processing of this data, that says something about the health and longevity, had Nike " express permission " should ask the user.

" If you use the app, then Nike knows for example what you weigh, how many calories you burn around, how much, how often and how intensely you exercise. Nike keeps the sporty performance of the app users over time. Nike example to infer or forward your condition or about ", according to the CBP.

It's about the Nike + Running app, which has been downloaded 50 million times worldwide. Nike has already taken steps to inform users better.