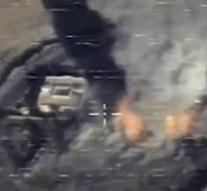 baghdad - Iraqi Prime Minister Haider al-Abadi said Monday in a televised speech that the Sunni extremists of Islamic State (IS) are defeated in 2016. He said,, 2015 was the year of liberation and 2016 will be the year of the final victory. ''


Al-Abadi said the nation following the recapture of the provincial capital Ramadi on the fighters of IS. The city is under Iraqi forces since Sunday again almost entirely under the control of government forces. For the military, it is a windfall, because the fighters of IS had hitherto not much to fear from the Iraqi soldiers and the Shiite militias, who also receive support from Iran.
IS last year without much difficulty the west and north of Iraq, including the second city of the country Mosul, trampled underfoot. IS received local support from Sunnis in Iraq. The capital of the province of al-Anbar, Ramadi, a predominantly Sunni city. IS is originally from Iraq. The group is primarily an invention of former Sunni soldiers who served under dictator Saddam Hussein (1937-2006).
NEW