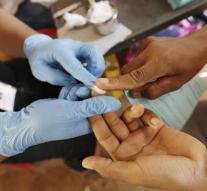 colombo - A six year old boy from Sri Lanka was expelled from school because of a rumor that he was infected with HIV. Parents kept their children at home while the boy still was taught, reported the
BBC .

Feelings about the issue ran so high that got involved the government of the Asian country. Education Minister Akila Viraj Kariyawasam told the British broadcaster has offered a company now to pay for the education of the child. The boy and his mother also get a new house.

Although research showed that the six were healthy, Wednesday was decided that he was no longer welcome at his school. The child was due to the unrest often just in the school benches. His teacher said to feel very sad,, when he asked why his friends left for him. ''