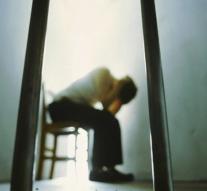 - Due to an error by a computer system in the northwest of the United States since 2002 released about 3200 prisoners wrongly early. This said the governor of Washington state, Jay Inslee, Tuesday.

A computer made mistakes by trimming without reason punishment for good behavior. The computer error already in 2012 came to light. A family of a victim of a convicted criminal complained that came much too soon released. But Inslee had to acknowledge that there is nevertheless nothing was done on the issue. That happens now, assured the governor according to local media in Seattle and the state capital, Olympia. Five prisoners who were released by the computer, now sit back behind bars.