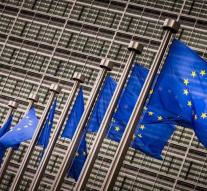 brussels - The transfer of private data to the United States must be safe again in late January. The European Commission is actively negotiating with the US and thinks to be completed within three months.

The European Court of Justice ruled a month ago that personal data of European Internet users should not be simply transferred to the United States. That was a line through a fifteen year old decision of the European Commission that the US is at issue as a 'safe haven' for private data.

Brussels Friday came out with guidelines that allow companies to the feet in the meantime. Thus, they conclude contracts which guarantees contained on the protection of private data. There will also be binding rules for US companies on how they should deal with it.