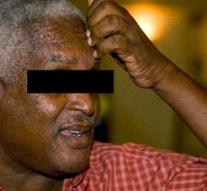 paramaribo - In the December 8 trial, two suspects end up in Suriname. These two, Harvey Naarendorp and John Hardjoprojitno, were minister at the time of the December murders in 1982. That is why their case should be before the subdistrict court and not the court martial, as was the case with the other suspects in this criminal proceedings.

The two are on trial for suspicion of involvement in the murder of fifteen prominent Surinamese in December 1982. The main suspect in this case is Desi Bouterse, now president of Suriname. Moreover, Naarendorp is still closely involved with Bouterse as policy advisor and confidant.