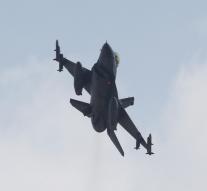 - The Turkish government on Saturday stressed not hesitate aircraft violating the airspace , shooting down . Friday was another drone shot down , which is still not known where it came from .

" If it was a plane , we had done the same ", Minister Ahmet Davutoglu said Saturday at a party meeting . " Our rules of engagement are known. Those who violate our borders , will a necessary response . "

According to the Turkish authorities , there were three warnings assumed direction of the drone, the unmanned device was shot from the sky .

Yet always is assumed that the drone came from Russia , though Moscow denies . Turkey complains a long time that Russian warplanes violating the airspace near the border with Syria.