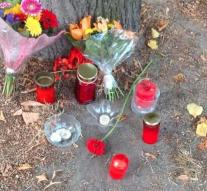 kothen - The 22-year-old man who died in the East German town of Köthen after a fight, according to the police, succumbed to a heart attack. That appears from the preliminary section report. The acute heart failure has 'no direct causal connection with the injuries sustained,' according to the Commissioner of the Saxony-Anhalt East.

Two Afghans of 18 and 20 years old have been arrested. The youngest is suspected of inflicting dangerous bodily harm. The public prosecutor thinks that his two-year-old compatriot has begun the quarrel and possibly gives him ill-treatment with death as a charge.

The victim of the night-time conflict in a playground was a German. According to the Mitteldeutsche Zeitung he had a heart condition and a medical history.