Home / World / This Belgian would have decapitated 110 people 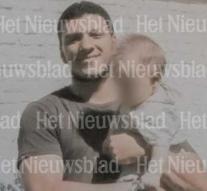 antwerp - Belgians are in great embarrassment now that it appears that a compatriot may be responsible for 110 beheadings in Syria.

Abou Souleiman al-Belgiki as he was called, was one of the most notorious executioners of Raqqa. Het Nieuwsblad today publishes a photo of the monster that in reality would be called Anouar Haddouchi.

A Syrian lawyer says in the newspaper: 'A Belgian was walking around here. His specialty: people cut off their heads. And he always urged the local population to come to those beheadings on the central market square in Raqqa. '

The lawyer spoke last week with a Belgian delegation. The Belgian executioner escaped with a British colleague at the fall of Raqqa and is now without trace. The lawyer thinks that the justice of our southern neighbors should go to 'Belgiki'.

'The Belgian terrorist had a privileged status. He was respected by ISIS, and was feared by the local population who had to look on ', according to the newspaper. He also enjoyed all kinds of privileges.

The 33-year-old Anouar Haddouchi left for Syria in the summer of 2014 with his wife Julie Maes (31) and their two children.

He is regarded by the judiciary in Belgium as co-financer of European attacks. He then opened an account on which money was deposited, destined for terrorists Abdelhamid Abaaoud and Mohamed Abrini. The two are jointly responsible for the massacres in Paris and Brussels.