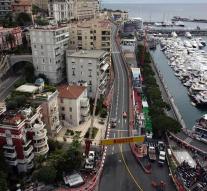 monaco - The European Union has agreed that the principality of Monaco as of 2018 shares the bank details of foreign account holders in the country where the account holder's nationality. The European Commissioner for Economic Affairs, Pierre Moscovici, on Monday here in Monaco an agreement signed.

Monaco follows the example of example, Andorra, Liechtenstein, Malta and Switzerland. Tax havens are under pressure to account holders with information about tax evasion and to help combat money laundering.

Moscovici downplayed the agreement on automatic exchange of bank information,, as a step forward. '' The agreement focuses on tax evaders and there remain opportunities to hide money in Monaco, reported the French newspaper Le Figaro on Monday.