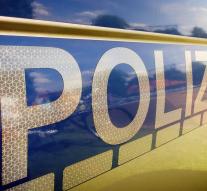 wallenfels - In a house several baby corpses discovered in the German province of Upper Franconia in Wallenfels. How many babies are involved, is unclear. Also late Thursday, the police could not say anything about who lives in the house and how long the babies are already dead. The prosecutor is hoping Friday to provide more clarity.

A doctor discovered the remains during an emergency in the home. They are taken for further investigation Thursday.

On Wednesday in the city of Landshut (Bavaria) also found a baby's corpse in the trunk of a car. The body was wrapped in a plastic bag. The 22-year-old owner of the car would have slain the child after birth and have hidden. The body was discovered by the woman's father.