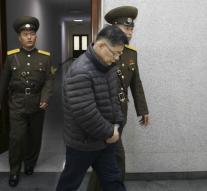 seoul - Hyeon Soo Lim, head pastor in one of Canada's largest churches, was arrested in February.

In North Korean media has he known to have committed crimes against the state. According to the Canadian court is the last eighteen years been engaged in subversive activities. So he would have admitted that he helped people to flee from North Korea.