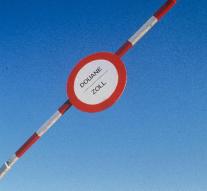 brussels - The system of passport-free travel in the Schengen area is in need of an evaluation. The EU ministers responsible for migration spoke Monday in Brussels off to a good over here to talk. During their next planned meeting in December, the point on the agenda.

Secretary Klaas Dijkhoff (Justice and Security) named after the consultation the current situation " no longer a workable arrangement ". He underlined that it is not intended to " burying the treaty and nothing new to do ". The premise of Schengen-paspoortvrij travel- must remain intact, but at the same time there must be a solution to the current problems.

He was referring hence the large numbers of refugees coming to Europe. Because of this large influx performed some countries, including Germany, again temporary border checks.