Home / World / 'Dead and wounded in shooting in bar Toulouse' 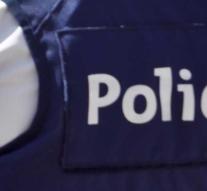 toulouse - In a shooting in a bar in the French city of Toulouse, a 35-year-old man was killed on Monday. Two others, including a 40-year-old man, were injured. That reports La Depeche. The perpetrator would have fled by engine.

According to the newspaper, two men came to the bar with a motorcycle. The shooter went into the bar and would have opened the fire.

A witness says to La Depeche: 'I do not know what happened, but I heard gunshots. I looked out of my window and saw two boys run away. '

According to the French-speaking site, the police are still looking for the fugitives.