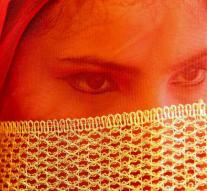 - A 16-year-old girl from South Sudan recently sold through an auction on social media. That gave her father 500 cows, three cars and 10,000 dollars.

The auction about the teenager was posted on Facebook on 25 October. According to children's rights organization Plan International, five men made an offer. Among them there would also be some important officials from the South Sudanese government, according to Het Nieuwsblad.