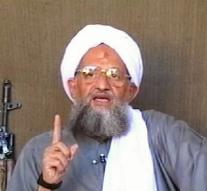 " Brothers of the mujahideen in all places and of all groups. We face with the aggression of America, Europe and Russia, so it's up to us to stand side by side in eastern Turkestan to Morocco ", said Zawahiri.

Earlier Zawahiri had not mentioned legitimate rival terrorist group Islamic State. He then alluded already on cooperation in the fight against the US-led coalition in Iraq and Syria.