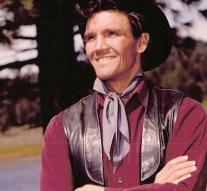 - American actor David Canary is deceased. That was on November 16, but was not known until Tuesday. Canary was 77 years old.

Canary began his career as a theater in New York. Then came roles in TV series such as Peyton Place and Bonanza. His last television role long-term (1984-2011, 2013) was that of the twins Adam and Stuart in the American soap opera All My Children.