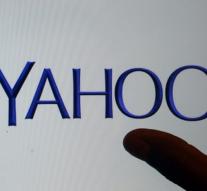 - The American Internet company Yahoo plans to seek a buyer for its own Internet activities, who has been struggling with deteriorating financial results. This was reported by business newspaper The Wall Street Journal (WSJ) Wednesday, based on unnamed sources.

The top of the company would discuss the possibilities this week. Which will include a sale to a competitor or to private investors, according to the WSJ. Earlier it was announced that Yahoo wants to sell its stake in the Chinese operator of internet marketplaces Alibaba.

The 15 percent stake in Alibaba that Yahoo has currently over $ 31 billion worth. The company also has a stake in Yahoo Japan, which has $ 8.5 billion worth. Still amounts to its own market value in New York but a little $ 32 billion.