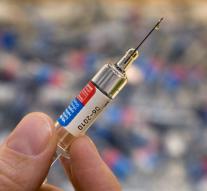 hamburg - A court in Hamburg has a thirty years old mother sentenced to imprisonment because she had worked her three years old son with contaminated needles. The woman's child had been in mortal danger, the judge ruled.

The mother was given two years and nine months in prison imposed. She was found guilty of six cases of dangerous abuse.