Home / World / US and Cuba agree to resume scheduled flights 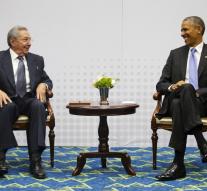 - The United States and Cuba have agreed on the resumption of scheduled flights between the two countries. Anonymous sources in both governments say that an announcement is forthcoming about it, the BBC reported Thursday.

It is still unclear when the commercial flights between the two countries would begin again. The agreement is an important step in the process of rapprochement between Havana and Washington, which were 54 years sworn enemies.

The traffic between the two countries and has already attracted thousands of Americans have been going as tourists to Cuba. To get there, however, they often have to travel through a third country.

Tourism is an important source of income for Cuba.