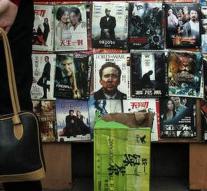 stuttgart - Justice in Germany claims to have the biggest battle in decades beaten against piracy. In raids near Stuttgart, in Poland agents have about 2 million illegally manufactured CDs, LPs and DVDs were seized. A 60-year-old man stuck.

The man sold the copied video and audio media over the internet and exporting them throughout Europe. Protectors of copyrights were delighted by rolling up the 'professional underground structure. '

Seizure of such a large number of physical pirate copies is quite particularly in the digital age. The focus today is primarily on digital copyright infringement.