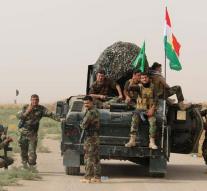 The troops are stationed in the vicinity of the city of Mosul, which is under control of IS since last June. The United States let it be known that he is aware of the Turkish troop movements, but they have nothing to do with the activities of the US-led coalition that fights against IS.