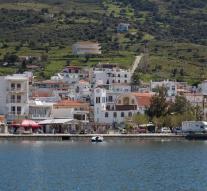 ankara - Subsidies for airlines Turkey hopes to keep the tourism levels. Airlines get at the beginning of the season, a bonus of 5,500 euros for each flight to the tourist resorts of Antalya, Alanya, Dalaman, Bodrum and Izmir.

After the attack in Istanbul last week, with ten German tourists were killed, the Turkish authorities fear a blow to the tourism industry. Tourism Minister Mahir Unal stressed Wednesday that Istanbul as he is concerned,, still one of the safest places in the world '' is.,, The only problem is on the border with Syria, '' he said.

Turkey participates IS attacks on terror group. Simultaneously, the Turkish army is in the southeast of the country a relentless struggle against the Kurdish PKK. The perpetrator of the suicide bombing in Istanbul, according to the Turkish government a Syrian.