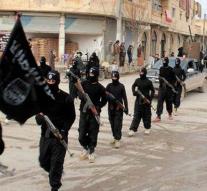 antalya - The Turkish police have arrested twenty people suspected of being linked with Islamic State (IS). That happened in the Antalya province in the southwest of the country. In a resort near the city of Antalya begins next week's G20 meeting.

In light of the summit on 15 and 16 November the country has tightened security. The arrests were a part of it. Among the leaders participating in the summit are probably also the US President Barack Obama and his Russian counterpart Vladimir Putin.

Of the arrested IS supporters were actually plotting something is not known.