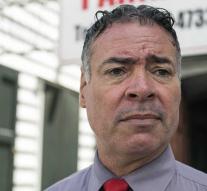 paramaribo - The two Dutch brothers suspected of terrorist activities in Suriname and launching an attack deny this accusation. The lawyers of the two suspects said that Thursday.

It is still unclear to lawyers that the Surinam authorities have been responsible for arresting the two men at the end of July, advocate Raoul Lobo. Because the councilors had only contact with the suspects for the first time last Tuesday, they still have not got enough information, Lobo said. 'We have not received a dossier yet. The boys deny it. So then we have to study what the government has against them, 'he responds.

During the search, no load-bearing material would be found, according to Lobo. One possible reason for the suspicions may be that one of the brothers gave a while shelter to a boy with radical ideas, the lawyers think. The intelligence services kept an eye on the boy, which also saw the suspects. The two suspects arrested on July 23 are brothers who work in Paramaribo's butcher's butchery.