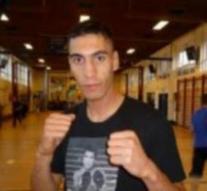 brussels - A Belgian who in Turkey has been arrested in connection with the attacks in Paris, actually had an ankle strap should sit at home in the Belgian Molenbeek. Belgian media reports said Thursday.

It's the 26-year-old Ahmed Dahmani, who are still stuck in Turkey. He was sentenced in March to twenty months in prison for a series of thefts. He was awaiting parole because he was not the punishment in prison had to sit out. When justice went along to make the band with him, he had disappeared. That would have been on November 16, three days after the attacks in the French capital.

He traveled among others with the wanted terror suspect Salah Abdeslam to Greece.