Home / World / Tens of thousands of house bombs to Hannover 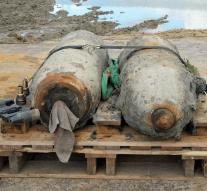 hannover - More than 53,000 residents of Hannover, Germany, will soon have their homes because of defusing any bombs from World War II. It is the second largest evacuation due duds after the war in Germany.

In the north of the city are probably discovered several projectiles in a farmland. It is not yet certain that in all cases are bombs, but experts assume that there certainly fourteen duds are underground.

The residents must on May 7 as their homes. The largest evacuation so far was in December in Augsburg when 54 000 people living here had to seek refuge because bombs were defused.