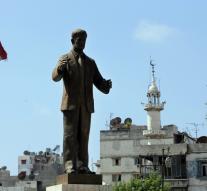 - The Syrian opposition is Thursday agreed to bring together the political and armed groups for possible peace talks with the Syrian government of President Bashar al- Assad.

The opposition parties were in the Saudi capital Riyadh gathered for the second day of a special conference. Internationally makes diplomacy overtime to find a political solution to the civil war, leaving millions of people being displaced.

The delegates of Islamist rebel groups, exiled political opponents of the regime and activists from Damascus to Riyadh attempt to bridge the differences and arrive at a common strategy.

About one thing they got it Wednesday already : Assad and his clique should play no role in the future of Syria.