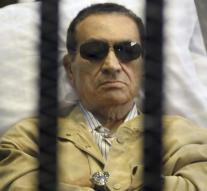 zurich - Switzerland comes up with legislation that from July 1 makes it easier to get back black money from dictators flow to the coffers of the affected country. This announced the government Wednesday.

A spokesman for the Ministry of Foreign Affairs of Switzerland, for example with regard to Egypt 650 million dollars (583 million euros) and Tunisia blocked 70 million Swiss francs (63 million euros). That money has been paid by the former autocratic leaders of Egypt and Tunisia, Hosni Mubarak and Zine al-Abidine Ben Ali and their entourage.

Switzerland usually freezes assets of overthrown dictators. If it is finally lifted, the money belongs often revert to the circles that have parked it in Switzerland. But from July should the authorities in the affected country to make easier the savings of the dictator or autocrat to be returned to their own treasury.