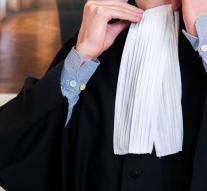 paramaribo - The two brothers suspected of terrorist activities in Suriname are back on trial on Wednesday. This time the judge and the Public Prosecution Service will question Raoul A. and Nasr I.

The Surinamese OM suspects the brothers of recruiting people in Suriname for the armed struggle of terrorist organization IS. They would also have wanted to make an attack on the American embassy in Paramaribo. Lawyer Murvin Dubois will again make a request on Wednesday to release the suspects.