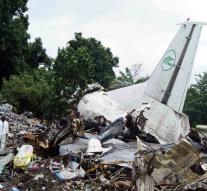 juba - Technical defects are the cause of the crash of the Antonov Wednesday in the southern Sudanese capital Đuba. That communicated by authorities Thursday. In the accident with the cargo plane were definitely 36 people died.

" The Government endorses terrorist actions completely out ", said a government spokesman. The unit of Allied Service crashed almost immediately after take-off right next to the river down the Nile. Most of the victims were fishermen who were working there.

Researchers from the Department of Transportation and members of the UN Mission in South Sudan UNMISS investigate the wreck. The black boxes have not been found.