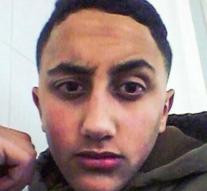 barcelona - One of the five terrorists shot dead in Cambrils last night would be the 17-year-old Moussa Oukabir. That reports Spanish media.

Moussa Oukabir is the alleged driver of the van used for the Ramblas attack is Barcelona.