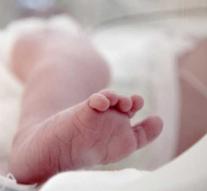 paramaribo - At the Academic Hospital Paramaribo (AZP), six premature babies died in recent weeks as a result of bacterial contamination. Seven other babies are still infected, of which one is ill. The other six are out of danger, the management of the hospital announced during a press conference on Friday.

According to a doctor / microbiologist of the AZP, it is the bacterium Serratia Marcescens. This does not fall under the group of hospital bacteria.