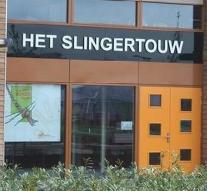 finish - Director Robert van der Velde of primary school 't Slingertouw in Eindhoven was threatened with death after a class visited a mosque. He has reported to the police, reports the Eindhovens Dagblad.

The school leader received two phone calls after the weblog GeenStijl wrote an article about the visit. Also, on the Facebook page of the school, all kinds of bad comments were left.

According to the director, the safety of the children has not been the case, also appeared in consultation with the police.