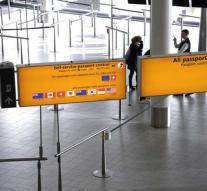 st.petersburg - The Russian police have tracked down a gang that sold identity cards from a fictional country.

'The gang members had a so-called consulate of a non-existent Caribbean island state set up in St. Petersburg,' said a spokeswoman for the Ministry of the Interior according to news agency TASS.

The criminals produced and sold, among other things, driving licenses and passports. They were meant for foreigners who were looking for work in Russia, but did not have the necessary papers. According to the authorities, they paid 15,000 to 100,000 rubles (about 212 to 1,400 euros) for the counterfeit proofs.

The police arrested a 64-year-old man who would have acted as the consul of the fictional country. He is suspected of fraud. Two alleged accomplices have also been arrested. The men aged 35 and 44 would have searched for potential customers.