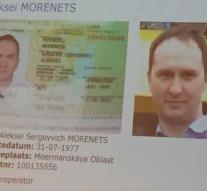 moscow - One of the Russian hackers who, according to the US and the Netherlands, are behind the cyber attacks on, among others, the OPCW in The Hague, is registered at an address in Moscow that has been identified by the Americans as a building of the military intelligence service GROe.

It concerns the home of Alexej Morenets, who, according to the official databases of housing and vehicle registration, lives in a building on the Komsomolski Prospect.

According to the US, the Military Unit 26165 is located there, part of GROe. This is also apparent from publicly accessible Russian sources. At the address in question, for years, a car belonging to the Russian brand VAZ was registered in the name of Morenets.

In addition, the name and date of birth in the residence register correspond with the information in the passport that Morenets had with him in The Hague. Reporters from Reuters tried to call him in vain on Thursday.