Home / World / Returning refugees to Syria should not 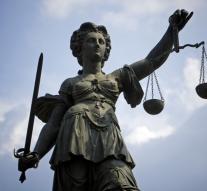 strasbourg - In an initial statement on the refugee crisis , the European Court of Human Rights rejected an impending deportation of refugees back to Syria . According to the judges in Strasbourg is returning three Syrians from Russia against the right to life and the prohibition of torture of the European human rights convention . Russia was instructed to release the three men.

The men ( now 28 , 27 and 21 years) , two years ago to Russia. Because they wanted to be recognized as refugees , but Russia refused. The European Court awarded the men together 27.000 euro to just satisfaction.

Two of them were detained south of Moscow. The third escaped and is hiding. Most European countries no return against his will to Syria. Russia can still appeal against the verdict.