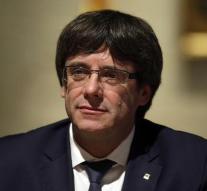 barcelona - Carles Puigdemont (1962) has been working for the Catalan affair all his life. He was born and raised in the region he now wants to part from Spain. He has been president of the Catalan government since January 2016, as successor to Artur Mas.

Puigdemont, from a confectionary family and journalist of occupation, has been active in nationalist movements in his native region since his youth, but for a long time nothing indicates a political career. However, he works as editor of a local newspaper, directs a Catalan press office and is involved in the creation of the English-language magazine Catalonia Today.

He has been married to the Romanian journalist Marcela Topor since 2000 and has two daughters. In addition to Catalan, he speaks several languages ​​including English, French, Spanish and Romanian. He is from 2011 as president of the mayor of the Catalan city of Girona. Only then is his career more and more a sign of politics.

His party CDC (Democratic Convergence of Catalonia) is part of the pro independence block Junts pel Sí (Together for 'yes'). That block will get a nipte majority in state elections by the end of 2015. Puigdemont is from then on to Catalonia leading to independence from Spain.

Puigdemont (pronounced: Poedzjdemon) gives an explanation on the future of the region on Tuesday at 18.00. It still has the impression that he will call for independence. If that happens, it is also clear that the Spanish government of Prime Minister Mariano Rajoy will stumble with it by all means.