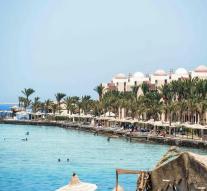 cairo - The man who kills two German women in Hurghada invokes Shariah. He explained this according to the Egyptian newspaper Al-Shorouk during his trial. In that he has shown that the ideology of the Islamic State terrorist group is based.

Sources of Egyptian security services already revealed Saturday that the perpetrator was in contact with IS via the Internet and had the task of attacking foreigners.

Al-Shorouk also said that the 28-year-old man who comes from northern Egypt speaks German well. With the two women, he first knocked on the hotel beach before pulling a big knife and catching them with them.