Home / World / Prosecutor Hurghada acted on behalf of IS 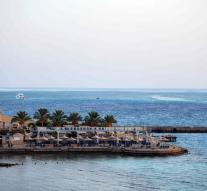 cairo - The man who killed two German women in Hurghada acted on behalf of Islamic State (IS). The man would have contacted extremists from IS who attacked him as foreigners, according to the German press agency DPA, based on information from security services in Cairo.

According to the Egyptian authorities, the attacker was a man of twenty. Local media report that it is a 27-year-old student from northern Egypt. He would not have a criminal record. On Friday a man from a public beach swam to the Zahabia Hotel. There he stabbed the Germans and two other people. The perpetrator injured another two people in an adjacent resort.