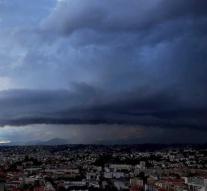 aix-en-provence - A Polish businessman was sentenced to life in Aix-en-Provence on Wednesday by the murder of his wealthy mother-in-law, Hélène Pastor. According to the French media, the judge found that he had ordered the removal of the billionaire from Monaco to secure the legacy.

Postor (77) died from the injuries she sustained in Nice in May 2014 when a gunman shot her through the windows of her car. Her driver ended up in the hospital but did not survive the attack either. The perpetrator and an accomplice who stood on the lookout were given the same punishment. In France this does not necessarily mean for the rest of your life behind bars. Pardons may be requested over time.